The year is 1984. Brazil is under a military dictatorship. As part of their colossal mismanagement of the country’s economy, which would result in over 1.2 trillion US Dollars in foreign debt at current values, and hiperinflation that reached over 200% a year, the military government had instituted protectionist measures banning imports of computers.

The intent was to preserve national sovereignty by controlling the manufacturing process. This policy would eventually elicit economic sanctions by the Reagan government.

That made it very difficult and expensive for businesses and people to buy computers, large or small. Some Brazilian manufacturers benefited from this policy by creating knockoff versions of computers produced in other countries.

Fun fact: In 1983, Sinclair Research sued Microdigital over copyright violation because of the unauthorized cloning of its product. Due to political trends from that time [read: courts appointed and controlled by a military dictatorship], the Brazilian court in charge of the case sided with Microdigital. Source: Wikipedia

One such knockoff computer was the TK85, a Sinclair ZX81 clone produced by Microdigital. 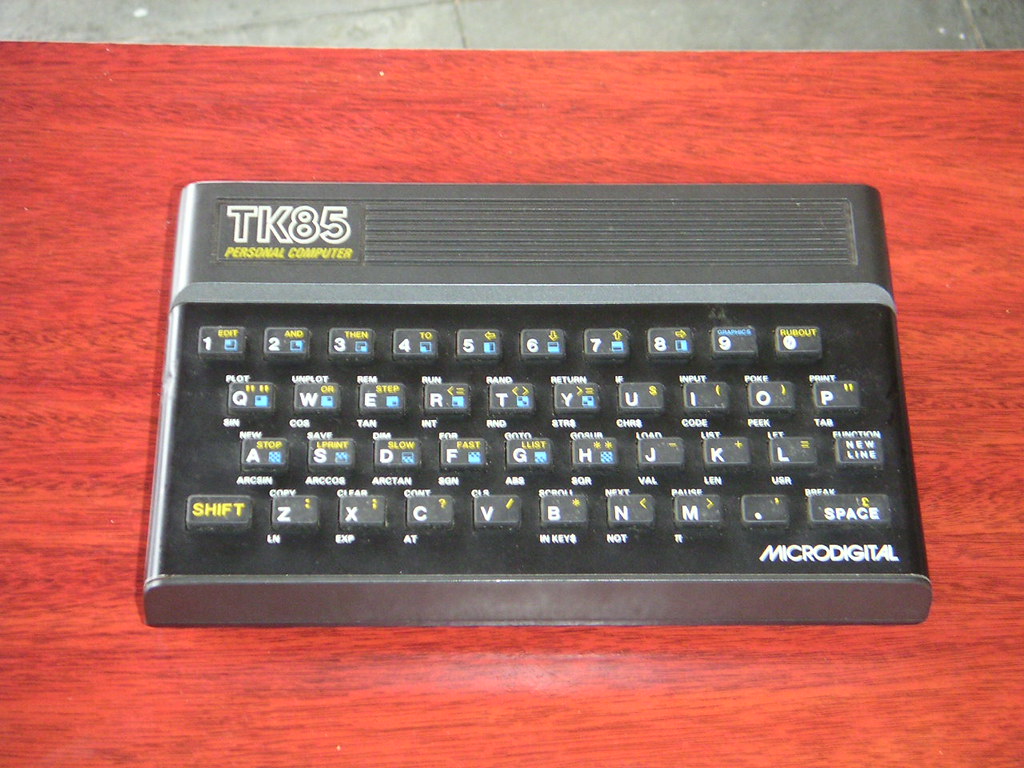 As a 14 years old boy, I was oblivious to most of that big picture. But I was already fascinated by computers, having been exposed to them in the form of arcade games and early video game consoles.

One side-effect of the protectionist measures was that microcomputers were extremely expensive. Only rich people could afford them and it would be many years until I had a computer of my own.

One of my friends at school had a TK85, though, and I was able to put my hands on it and learn the ropes.

The TK85 had a 3 MHz 8-bit Z80 CPU and 16 to 48 Kb of RAM. They were typically paired with a 14-inch black and white TV as a monitor, and a cassette player as a storage device. You could buy programs and games on cassette tapes (the same ones used for playing music on a Walkman). You could copy a program by playing the cassette as audio on one player and recording it on a second one, or by loading the program into the computer’s memory and then saving it to another tape. All of this was based on audio only, sort of like early Internet over phone lines (or fax machines).

Fun fact: to this day, most Brazilians refer to video game ROM cartridges such as used in the Atari as “tapes” because of that.

A typical microcomputer setup at that time would look like this: 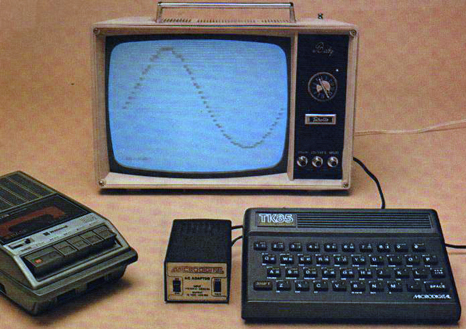 A typical first program that I would have typed at the time would be something like this:

That would print HELLO on the screen in a loop.

Of course those were B.I. (Before the Internet) days, and there were essentially three ways for you to learn something: either someone would tell you, or you would buy a book (good luck finding computer books in Brazil back then particularly if you lived in a small town like I did), or you would buy magazines.

In the early 80s, time, there was a particularly influential publication, called Revista Micro Sistemas (Micro Systems Magazine). It would often print the source code of programs for microcomputers like the Sinclair ZX81. Many of those programs would be in Sinclair BASIC, or they would have a BASIC loader followed by a sequence of numbers representing a program in machine code.

This is a representative example of what it looked like (TK 82-C was another ZX81 clone): 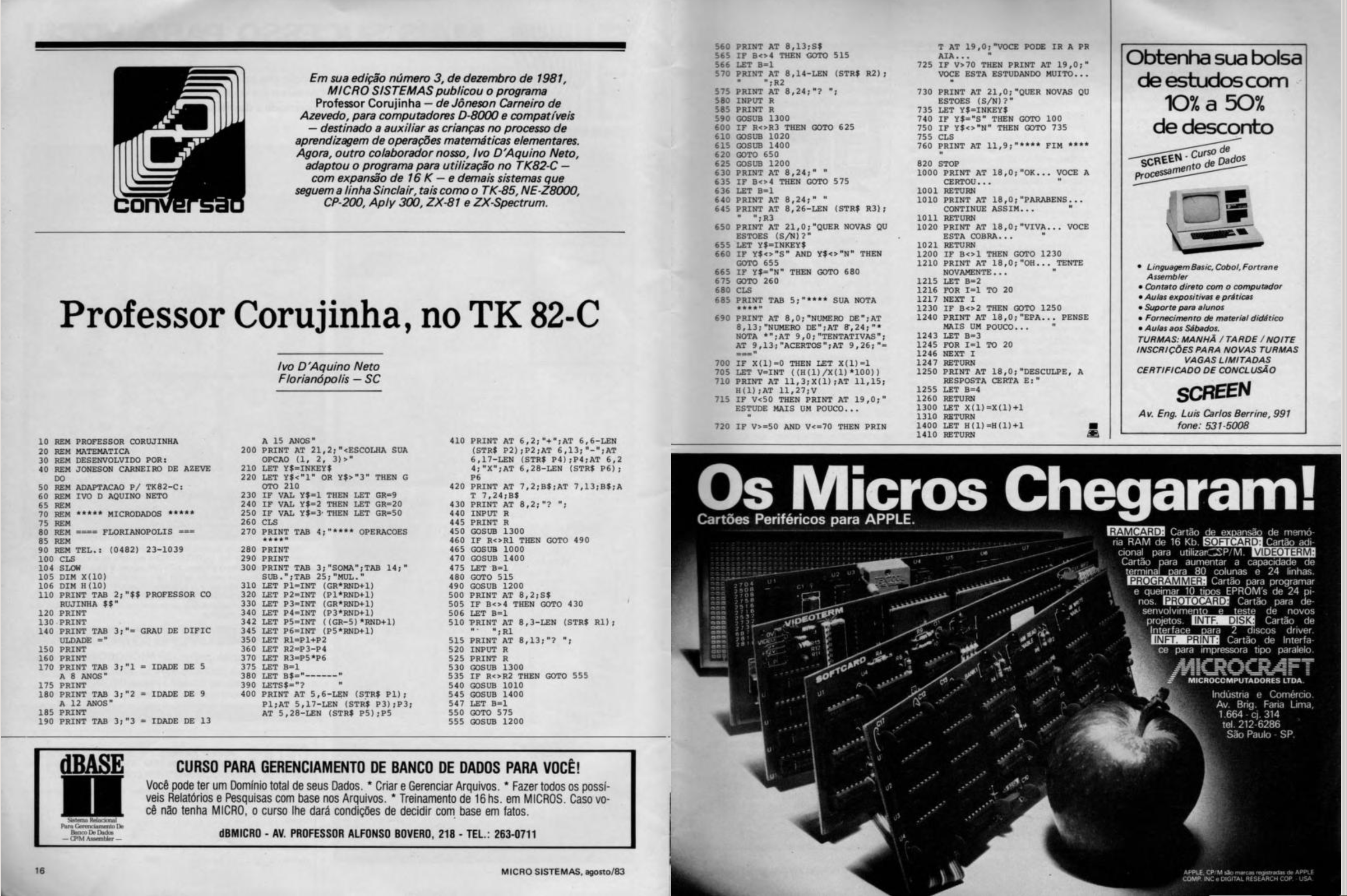 This program, whose name is roughly equivalent to “Mr. Owl”, was meant for teaching algebra to children.

Either way, typing out those programs (and fixing bugs in them due to typos in the print) was a great way to learn programming.

And this was, as far as I can recall, my first introduction to computers.